Albert Einstein, a famous Nobel Prize winner, genius and world-famous physicist, was born on March 14, 1879, in Ulm, Germany, to a Jewish family. Einstein was a theoretical physicist. He is considered to be one of the most important and greatest world scientists of the 20th century. He defined a special and general theory of relativity, and he also helped in the development of quantum physics. In 1921, he received the Nobel Prize for formulating and explaining the photoelectric effect.

Some facts about Albert Einstein that are considered significant are that his wife was Mileva Marić, from Titel in Vojvodina, whom Einstein met when he was 17, at the Swiss Federal Institute of Technology (ETH).

One of Mileva’s colleagues, who was 21 at the time,  was Albert Einstein. From their passionate relationship and marriage, which was crowned in 1903, they had two sons.

Mileva truly helped Einstein and many claim that she is responsible for the discovered Theory of Relativity. A significant number of people believe that Albert Einstein appropriated a lot of her ideas in that marriage and that she remained undeservedly in his shadow.

There is irrefutable evidence that Einstein had to leave the entire amount of the Nobel Prize to Mileva Einstein, after many vicissitudes. Their marriage fell apart in 1919 after Einstein’s adultery with his niece Elsa.

Albert Einstein Habits: From an early age, there were unusual habits of Albert Einstein, because he was considered an unusual child since he only started speaking at the age of three. He avoided hanging out with other children, and when he was five, he started showing interest in things that were not toys.

During his schooling, Albert Einstein’s habits were reflected in the fact that he skipped many classes, and he did not even learn from some lessons, because they were boring to him, due to the fact that this way of schooling did not allow him to show his true creativity.

When he enrolled in high school, Albert Einstein’s habits did not change. He often argued with the professors, because he thought that learning the material by heart was useless, so the rebellious Albert left high school in 1895 and went to live with his family in Italy, where they moved. Albert Einstein’s unusual habits were part of his personality that shaped him into a great scientist who he later became.

10 hours of sleep and short naps

It has long been known that sleep is good for our brain. Albert Einstein’s habits were: he slept at least 10 hours at night because Einstein took sleep much more seriously than most. During the day, Einstein regularly dozed off in his armchair, with a pencil in his hand or a metal spoon, under which is a metal plate.

He would wake up when the pencil fell and hit the floor, that is when the spoon rattled on the metal plate. In that way, he prevented himself from falling into a deep sleep, after which his thoughts would not be completely clear. 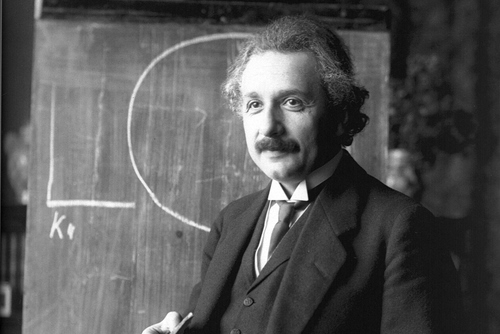 He walked every day

Albert Einstein also knew about the advantages of walking. He realized that walking can improve memory, creativity and problem-solving. Therefore, Einstein’s daily long walks were sacred. While working at Princeton University in New Jersey, he walked a mile and a half (about 2.4 km) to the university and back. His role model was Darwin who walked 3 miles.

Nowadays, the risks of smoking are known, unlike the time when Albert Einstein lived, so it is not good to follow this habit of his. He was a passionate pipe and tobacco smoker.

When it comes to Albert Einstein, his habits were often strange, and one of the most unusual was that he did not like to wear socks. Einstein was very proud of the fact that he never wore socks. Even on the most special occasions, he hid not wearing socks by wearing deep boots. It is said that as a young man he realized that the big toe always ends up in the hole of the sock and he stopped wearing socks.

Albert did not run away from the problem

Albert Einstein’s unusual habits were also a wise consideration of the solution. Albert did not run away from the problem but ran towards them. Obstacles (problems) are sometimes inevitable, but if we understand that the way we think about problems directly affects the ability to solve that problem.

“We can’t solve our problems with the same thinking we used when we created them!

Albert Einstein Facts: Genius Albert Einstein left earthly life and the world in 1955. After a short visit to planet Earth, this humanist, lone wolf, artist, spiritual leader of cosmic religiosity, philosopher, fighter for beauty, truth, and freedom, opponent of a violent “herd” freed from his own Self, illuminating our further path to eternity and the secrets of the Cosmos, left quietly and modestly, almost imperceptibly, in the plane of existence that he created with his visions and painted on the map of the eternity of Providence. Goals in life – why is it important to set goals?