Luc Montagnier is a respected virologist, which has contributed to the understanding of the virus that has led to significant advances in cancer research. In addition, scientist Luc Montagnier is known for the discovery of the HIV virus, which predicts AIDS.

How this respected scientist grew up, was educated and came to his discovery, read in the following text.

Luc Montagnier was born in France, on August 18th, 1932, in a small town just bigger than a village, Chabris, located south of the Loire Valley. At that time it was, and still is, an agricultural region known for its exceptional products.

He was only a child, and as a child, he was cared for by his mother, a housewife, while his father worked as an accountant a little further north in the country.

In early childhood, he experienced a serious car accident while crossing the street, and ended up in a coma for two days. Only two years after the unfortunate event, from which Luc successfully recovered, the war was declared in 1939 while he was in the vineyard with his family. The following year, Luc and his family felt the real effect of the war, when they had to leave the house and start traveling in their small car, and who were exposed, it was not possible to bomb but to stay at home.

In the first part of the bombing Luc and his parents found themselves in starvation. During that period, his grandfather died of cancer, which Luc claims largely motivated him to study medicine and science, and research cancer.

In 1944, the family house, which was very close to the railways, was partially destroyed. The war left behind very bad experiences and memories, and Luc has hated the war ever since.

Luc left religion behind him and decided to pursue the path of science.

Luc Montagnier was an excellent student in high school, mostly ahead of his peers. When he was young he has set up a small chemical laboratory, in the basement of his family home, where he performed minor experiments.

Luc Montagnier attended the College de Chatellerault, after which he went to the University of Poitiers, where he received a degree in natural sciences. After that, he went to Paris and continued his studies, where he received a science license in 1955. He soon became an assistant at the Faculty of Science, where he taught physiology at the Sorbonne. There he qualified for a doctorate in medicine in 1960. 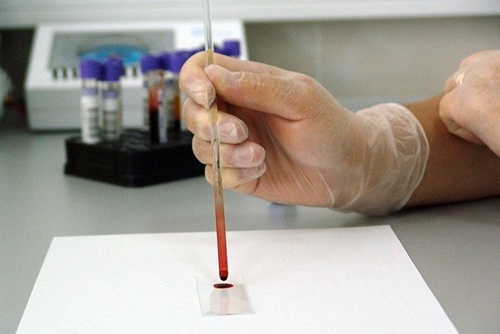 From 1963 to 1965, Montagnier researched at the Institute of Virology in Glasgow. Together with Ian MacPherson, he discovered in 1964 that agar, a gelatinous extract of red algae, would be an excellent substance for cultivation. Their technique is now standard in laboratories that investigate oncogenes (genes that have the potential to become carcinogens) and cell transformations. Montagnier himself used a new technique to find a virus that allowed cancer in humans, after he returned to France in 1965.

In 1972, he founded and became the director of the department of viral oncology at the Pasteur Institute. Motivated by his findings in Carshalton and guided with the belief that some cancers were caused by viruses, the focus of his research was on retroviruses as a potential cause of cancer.

Discovery of the HIV

The AIDS epidemic (acquired immunodeficiency syndrome), which appeared in the early 1980s, was first defined around 1982. Its main feature is to disable the immune system, which helps the body defend itself against the disease, with fatal consequences. By 1993, more than three million people were infected with AIDS.

Montagnier strongly believed that a retrovirus could be responsible for AIDS. He and other researchers had noticed that one pre-AIDS condition involved a persistent enlargement of the lymph nodes (lymphadenopathy). Obtaining a sample of tissue culture from the lymph nodes of an infected patient, Montagnier and his two colleagues, Françoise Barré-Sinoussi and Jean-Claude Chermann, searched and found reverse transcriptase, which constitutes evidence of a retrovirus.

They isolated a virus and named it LAV (lymphadenopathy-associated virus). Later, by international agreement, it was renamed HIV, human immunodeficiency virus. After the isolation of the virus, it was possible to develop the HIV test. Montagnier and his colleagues also discovered that HIV attacks T4 cells which are crucial in the immune system. A second similar but not identical HIV virus called HIV-2 was discovered by Montagnier and colleagues in April 1986.

Their discovery was crucial in radically improving the method of treating AIDS patients.

In 2008, Luc awarded the Nobel Prize in Physiology and Medicine for this discovery.

Montagnier wrote the book “Virus and Man” (Odile Jacob, 1994), which explains how AIDS transformed his life as well as his scientific orientation. He further explained how AIDS research can help scientists understand and provide better treatment for other diseases.

Although Luc describes himself as an aggressive researcher, he likes to spend his free time playing the piano or swimming, while he has three children with his wife Dorothy.