Environmental medicine appeared in the last several years as an important factor in human healthcare. The focus of environmental medicine is on the interactions between human health and the environment which include the influence of air and water quality, presence of chemical substances in the air, water and soil and their relationship with human health and disease. An overlooked factor in the disease prevention and cure is the surface of the Earth itself. It is well known that the Earth’s surface represents an endless supply of free and mobile electrons.

The electrons are negatively charged particles and together along with neutrons and protons are the basic constituents of the atom. The surface of our planet is electrically conductive implying that the electrons move without significant resistance on the surface of the Earth. The exceptions represent ultra dry areas such as deserts which are essentially nonconductive regions and may be considered as areas of resistance to conduction of electrons.

Earthing (also known as grounding) refers to the direct contact with the surface of the Earth (the soil to be precise) by walking barefoot outside or by using certain conductive system which transfers the electrons from the ground into the body. It is well known fact that our bodies function properly and remain healthy if they have an adequate supply of electrons which counterbalance the effects of free radicals. Also the immune system requires negatively charged electrons to function properly.

Research indicates that electrons from the Earth’s surface have anti-oxidant effects which may be easily activated by walking barefoot while making direct contact with the soil. However, there is a caveat. Walking barefoot may introduce electrons in the human body however this activity does not prevent the production of free radicals in the body itself. Thus, in order to obtain the beneficial effects from grounding other steps should be taken in order to maintain healthy body balance.

There are two important empirical findings, based on the decades of analysis, related to walking barefoot on soil. The first one is that the more time people spend in conductive contact with the soil the better they feel. The second one is that it can protect the body from inflammation and it may help in many other health conditions. These include all chronic diseases, including aging and the process of aging itself. 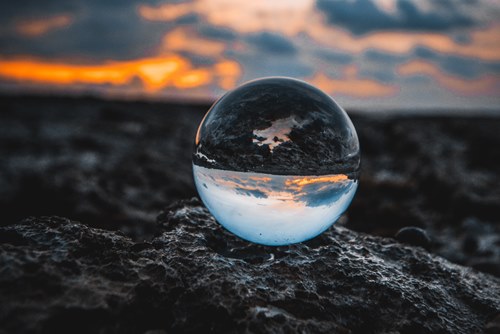 There are other ways a person may attain contact with the ground, such as using various conductive systems developed for the purpose of reconnecting people to the Earth. These include an Earthing sheet on a bed or an Earthing mat placed under the bare feet or wrists while using the computer. However, these devices require proper grounding of the house or the building through its electrical wiring. Home electrical system should have a ground connection to stabilize voltages in the presence of lightning, line surges or accidental contact between regular power lines and high-voltage lines.

Due to the fact that many buildings in cities lack adequate grounding standards, it is not advisable to use these devices without the help of an experienced technician or engineer. Thus, the issue of safety is of primary importance if the grounding is performed inside the house or in the apartment. If  grounding is performed outside, walking barefoot on soil or bathing in the sea, lake or ocean, it is completely safe assuming fair weather conditions. And yes, swimming in the ocean or a lake, standing in the river or taking a dip in a hot spring also activates grounding. However, bathtubs and pools do not count.

The wiring in homes and buildings and the power distribution system acts as an antenna that can transmit and receive electromagnetic fields of different origin. Our electromagnetic environment includes cell phone towers, Wi-Fi wireless routers, satellite TV, cordless phones, radios etc. A number of devices when switched on introduce spikes or transients that alter the standard 50 Hz cycle (or 60 Hz when the voltage is 110 V) in the home wiring system. Everyone has experienced such changes when switching on or off hair dryers, refrigerators, air-conditioning systems or vacuum cleaners.

Even using these appliances in the neighbor’s apartment may cause these spikes, which can travel through the power lines to the adjacent apartments, even houses. These spikes also travel through the air because the wiring acts as an antenna. These signals may have some effect on certain people with respect to their health, but this is not necessarily a rule. Sleeping rooms in many homes contain electromagnetic fields originating from the wiring in the walls and ceilings, and from cords to appliances.

There is a possibility that these electromagnetic fields may have biological effect, but there are not convincing studies to support this although some people may be sensitive enough to detect the influence of these fields. In general, the grounding of one’s body certainly reduces exposure to the effects of environmental and home electromagnetic fields however this is not the most important beneficial effect of grounding. Thus, practicing grounding in the interior spaces is not as important as grounding outside, when there is a direct contact with the Earth. The most significant for health and general wellbeing is the effect of receiving antioxidant electrons that stabilize many physiological processes in the body, including the functioning of the immune system.

The human body is conductive due to the large number of charged ions dissolved in water. Human blood and other body fluids are also conductive so that received electrons can move freely throughout the body, neutralizing free radicals in various organs. So, when the body is grounded its electric potential becomes equal to the electric potential of the Earth enabled by the electrons that enter the body. Thus the human body becomes the extension of the Earth’s electric system. In case of interior grounding, the surrounding electromagnetic fields are prevented from producing electric potential at the surface of the body and of producing perturbations of the body molecules, canceling the adverse effects of all electromagnetic fields.

The human body has uses reactive oxygen species (ROS) to kill harmful bacteria that are delivered to a site of injury or inflammation by white blood cells. Although they are efficient in killing bacteria ROS are also highly reactive biochemically and can damage healthy tissues. ROS, also known as free radicals, are almost always positively charged molecules that need to be neutralized as soon as possible to prevent them from diffusing into healthy tissues. They can be neutralized by negatively charged electrons which have the ability to prevent the inflammatory process from damaging healthy tissues, and which have always been available from the Earth.   At some point in history men ceased using natural leather for shoe soles and started wearing rubber and plastic soles. An important contact with the Earth was broken. Based on many studies and individual experiences, people who practice grounding are less stressed and more relaxed. 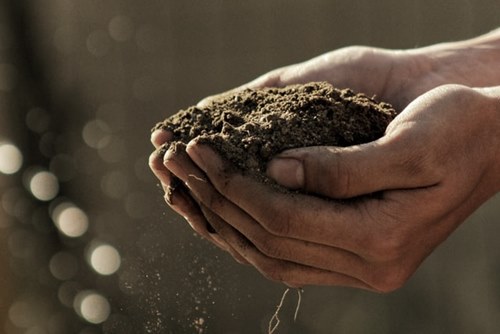 Grounding transfers activation from sympathetic to parasympathetic nervous system, which leads to reduction in muscle tension, and increased heart rate variability. There are many documented cases in which people who are hyper-sensitive to environmental electromagnetic fields have benefited from grounding their bodies. Also, many people report improvements in a wide range of ailments, including chronic fatigue and even rheumatoid arthritis and other autoimmune diseases. Grounding reduces inflammation following injury diminishing  redness, heat, swelling, pain, and loss of function.

The accepted theory of aging emphasizes the role of ROS in causing cumulative damage when produced in response to different types of stress conditions, such as the adverse effects of pollutants, poisons or injury. It is assumed that grounding may have anti-aging effects due to the neutralizing influence of electrons on ROS and reactive nitrogen species (RNS), which are also known to accelerate aging process.

Lack of electrons can also slow down several essential cellular functions of the immune system leading to a number of autoimmune diseases. Compromised immune system represents a serious health hazard since even a minor injury can lead to long-term health issue. Cells and organs that are electron deficient are prone to further damage, becoming positively charged and causing a further strain on the immune system. Namely, the immune system is repeatedly activated and eventually become inefficient in warding off further injury.

The most important health benefit of grounding (Earthing) is providing the body with ample amount of electrons from the Earth. The scientific studies related to grounding point to a primary impact on the inflammatory process as a result of this electron transfer.

It should be emphasized that grounding should not be assumed as “treatment” or a “cure” for any disease or disorder. Instead, it can be that the human body evolved in contact with the Earth and needs to maintain this natural contact in order to function properly. Another important fact is that in order to maintain healthy body it is necessary to implement preventive measures and habits which include quality nutrition, sleep, exercise, amortization of stress and general positive outlook on life. A well balanced and healthy body produces less reactive oxygen species and is easier to eliminate these positively charged molecules without the need for frequent grounding. In this respect Lucha t8 is a beneficial instrument which maintains a contact with the Earth and its surrounding through natural frequency which has accompanied humans since the dawn of mankind. Why we need to express gratitude often