How to overcome laziness in several easy steps

How to overcome laziness in several easy steps Laziness occurs when we lack will, initiative, when we’re passive and postponing work which requires our effort and energy, to accomplish a certain goal. Laziness can as consequences have physical and psychological illnesses.

How to beat laziness, especially in these modern times, where there are challenges of social media, where a lot of people spend their time on instead of being productive. So let us take a peek at its beginning and see:

Why does laziness occur?

When we were small children, we were driven by motivation, which we call pleasures. That’s why we refused to do anything that is even slightly uncomfortable. We enjoyed playing with toys, but after the game, most of us didn’t want to put those toys away.

We were required to do something that is useful, and we saw that work as uncomfortable. Parents should teach children by example, and through that help them develop work habits. These are the first moments of laziness creation. Laziness can be deepened in many ways because of the school system, which stimulates memory, instead of developing opinions – by self-awareness, giving ready-made solutions, instead of discovering, reproducing instead of creativity… schools develop passivity and laziness, instead of activities.

Laziness can also occur due to the fear of failure, those who have not gained enough self-confidence but also to those with unrealistic goals. It is similar with people who run away from their responsibility and blame everyone else (parents, sisters, brothers, wife, bad luck, government, etc.). 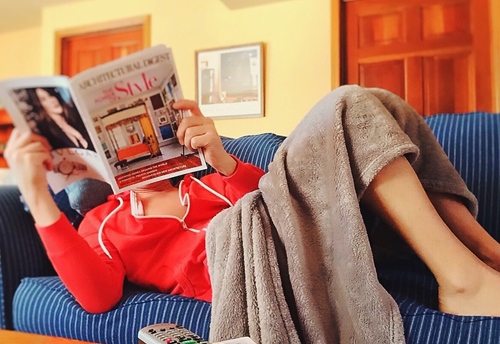 How to overcome laziness?

People often have a habit of starting something, but not finishing it. As in other life situations, in these circumstances also, they will find a good excuse – lack of time, fatigue, a lot of obligations. How to overcome laziness, or how to beat laziness, is a good question. So let’s see how?

One of the important points in overcoming laziness is a good organization of the day, which represents a balance between responsibility and satisfaction, but also the division of obligations into smaller parts because in this way we reduce resistance to a bigger task. We often avoid big obligations, because we think that they are too exhausting, or require a lot of time.

If you divide one responsibility into several smaller tasks, instead of one huge task, you will have several smaller ones in front of you, which will not require any excessive effort. This approach to responsibilities will completely eradicate the laziness and resistance we provide when we need to do something.

In order to find motivation and not be lazy, it is necessary to remember previous successes and how we achieved them. Launch positive energy, which will eliminate laziness.

We humans often rummage through the past, searching for traumas, we are afraid of the uncertainty of the future and we remain “stuck” in worries and thoughts. The solution is actually to come up with a good goal, with positive thoughts, like:

One good way to overcome laziness is to set clear priorities. Your choice to work towards the goal through the priorities you have set, will help you open all the doors of success because they are your landmark, the goal you are striving for, your destination.

In order to set priorities, you need to be honest with yourself when setting them and stick to them consistently. A great way to cure laziness!

Think about the consequences of your laziness

Indeed, sometimes thinking about what will happen if you give in to laziness and do not fulfill your obligations and think about the consequences, can often lead you to start. Every time you overcome laziness, you become stronger. Every time you choose to work on a given goal, it increases your chances of winning, meeting those goals, and improving your life. 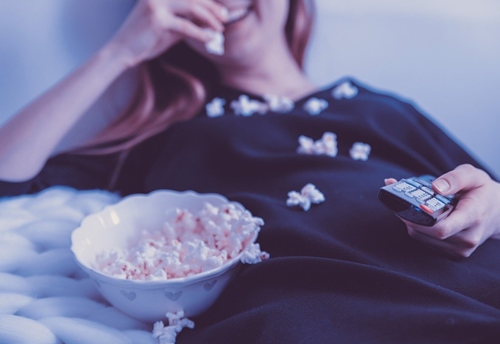 Laziness is sometimes the result of excessive fatigue and lack of energy. If this is the case with you, you must provide yourself with enough rest and sleep, in addition to the necessary exercises in the fresh air and a healthy diet. Chronic fatigue can be the biggest obstacle to fulfilling daily obligations. Exhausted and without energy, you will succumb to laziness, so do not allow yourself to drown in excessive work.

Laziness is curable! No more postponing for tomorrow

As long as you are within your limits, which dictate responsibility, laziness will not be able to do anything to you. It will surrender and let your goal lead you to success. Regular work and obligations, both private and professional, suppress the possibility of manipulating laziness, your spirit and body.

“What you can do today, don’t leave for tomorrow”, should not be experienced as torment, which haunts us, but as a guiding star of a better and more efficient lifestyle, a healthier state of mind.

When it comes to laziness, how to win it is the most common question. Whatever you do, fulfill your obligations without giving up, before achieving the goal. Nurture in yourself a desire for success, a desire to prove yourself, and faith in yourself.

Laziness draws strength, precisely from your “falls”, while the “ups” suffocate, press and prevent it from coming to the fore. Diligence, creativity, energy and the desire for success are the main ingredients of an effective recipe in the fight against laziness. With a little effort and willpower, laziness will become just a noun of thought, your lifestyle. What yoga is good for and why you should practice it Why you should stop comparing yourself to others You act like those around you – surround yourself with positive people